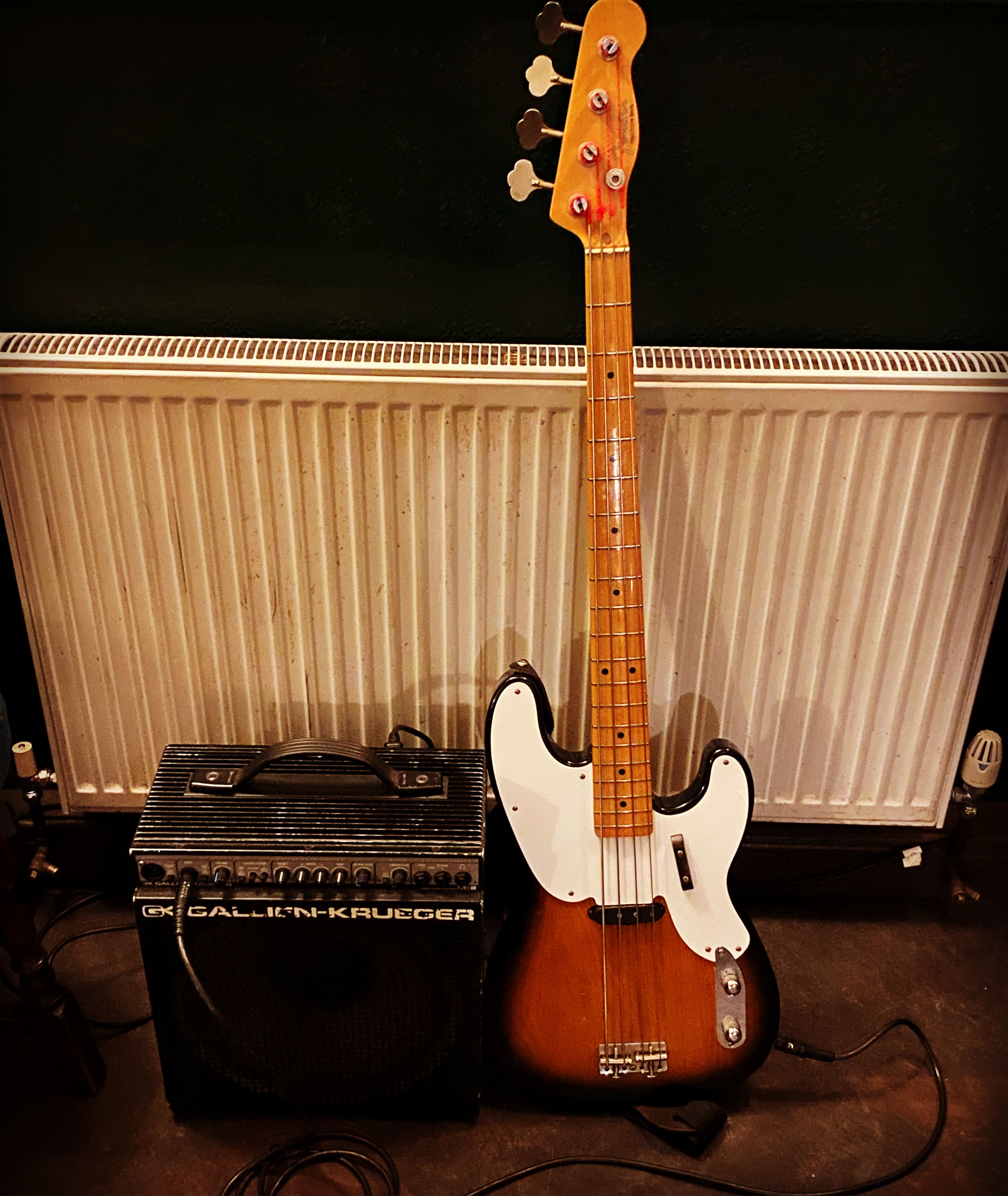 Over the course of the past few weeks, I have finished working through the II V I lines in Monk Montgomery’s Electric Bass Method. I believe that transposing so many lines into all keys has had great benefits for my playing melodically, harmonically and technically. It has opened my ears to using ‘outside’ sounds more frequently in walking lines. These harmonic/melodic concepts incorporate diminished, whole tone and chromatic sounds.

One of the major steps forward with the goal of incorporating Montgomery’s playing techniques into my own performance is the development of a callous on the right hand thumb. I am now able to use this technique for extended periods of time without pain or soreness. I have also built up a greater level of muscular stamina when playing with this technique.

In light of this progression, I decided to play a jazz gig on Sunday March 13th using the Fender Precision bass, played with the right hand thumb. The gig is a fairly informal one which I play at on a monthly basis as part of a piano trio The relaxed pub atmosphere and openness of my fellow musicians presented a great opportunity to start using this sound in live performance. The material performed was comprised of standards such as There Is No Greater Love, Caravan, Now’s The Time, etc. The mix of swing, Latin and funk grooves also presented an opportunity to try using the right hand thumb in a number of styles.

To my own surprise, I was able to use the right hand thumb for the vast majority of the performance without discomfort or fatigue. The only time when I reverted to using the right hand fingers was when I desired more speed in solo lines. It is my hope that my speed with the thumb will increase gradually over the course of the coming months.

There were several interesting points to be taken from the performance. The drummer in the ensemble commented on the ‘mellowness’ of the sound which I was creating on the instrument compared with my usual tone. In retrospect, it would have been useful to have recorded the performance for analysis. I will do this at the next opportunity.

As expected, I was finding it difficult to mute the strings which were not being played. Over the sound of the ensemble, this was not too much of an issue. However, I was aware of it and it affected my technique and enjoyment of performing. This has accelerated my goal of fitting a suitable, and historically accurate muting system to the bass guitar.

I have felt a very slight and dull ache in my thumb throughout the day today. It would certainly not be described as painful but it definitely feels as though it has been worked hard. I will keep observing this to see whether it improves over time or becomes an issue to address.