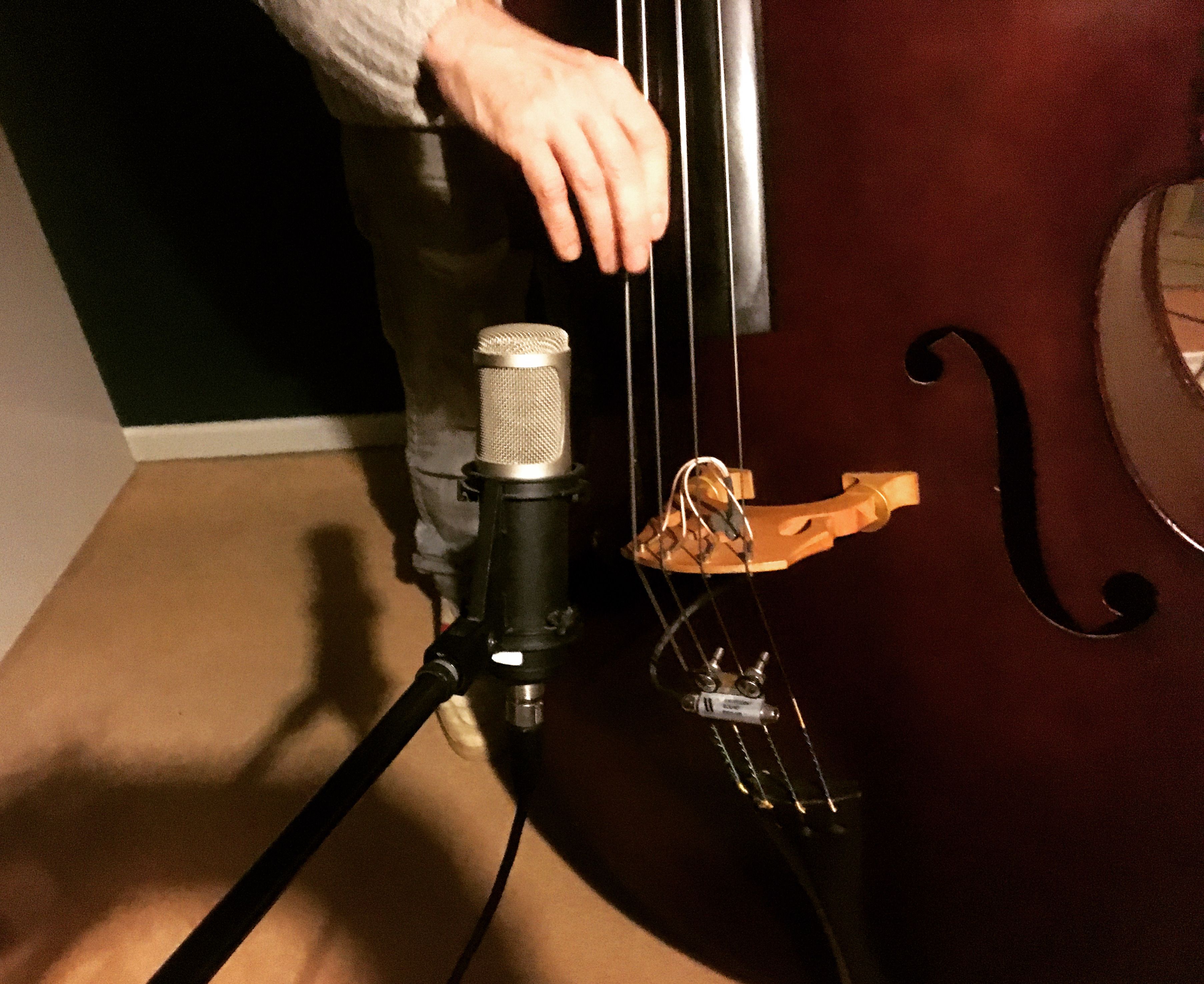 This week has been busy with regards to work so finding practice time has been more challenging. I have progressed with the bass guitar as I have access to the instrument when I am teaching. Rather than longer practice sessions, I have been working in shorter bursts when students are unavailable or I have a gap between lessons. Up until the time of writing, I have played the entire first section of II V lines in the book in all keys and have played 19 lines from the second section.

The callous on my right hand thumb seems to be significantly stronger now and I can play for long periods of time without it becoming an issue. This may be in part down to doing shorter practice sessions, allowing the callous plenty of recovery time. This is speculation but it would be interesting to explore this further, not only for my PhD research but also for bass guitar education and practice generally.

With regards to the double bass, I was able to do two practise sessions of approximately an hour each this week. I am still working through the first section of II V lines in the book. As previously mentioned, this is a slower process due to issues relating to stamina and intonation. I do believe that this process will be beneficial to my double bass playing as the lines cover intervallic leaps which I would not normally use in my walking lines and solos.

The area of audio analysis is one in which I have little experience. The areas of my PhD which I am the most comfortable with are historical research and performance practice. The first step in the analysis of recordings has been to put recordings down to analyse. This process was documented in my last blog post. As I research the available software, techniques and methods related to this field, I can at least make some initial comments on aspects of the recordings which are immediately apparent purely through visual analysis of the waveforms.

When the five recordings are listened to simultaneously, the timing appears to be strong in the sense that the bass lines match up consistently but have a slight chorus effect that comes with the overlaying of several recordings of the same passage. Visual analysis gives me a deeper understanding of how my timing varies on each performance. Although there is fluctuation throughout the performances, I can see that on the double bass, my timing tends to be on top of, or slightly ahead of the beat. Very rarely am I behind the beat on the instrument. The bass guitar played with the index finger follows a similar pattern. As these are the two most familiar styles of playing to me, this seems logical. There is a greater amount of inconsistency with the bass guitar thumb recordings, whether the fingers are anchored on the rest or the body of the bass. It would seem that I play more behind the beat using this method but notes are played in front of, on top of and behind the beat. It will be interesting to see how this changes as I become more comfortable with the technique. The plectrum shows a similar amount of fluctuation although the performance becomes more consistently on the beat as it progresses.

It would appear that on the double bass, my note length is greater and there is little gap between the notes when compared to those on the bass guitar (all techniques). This was a surprising finding. I believe this may be due to me trying to mute the strings on the bass guitar between notes to avoid overtones and sympathetic resonance. I am very intrigued to see how this will change when I fit a muting device to the instrument. I will analyse these recordings further this week.