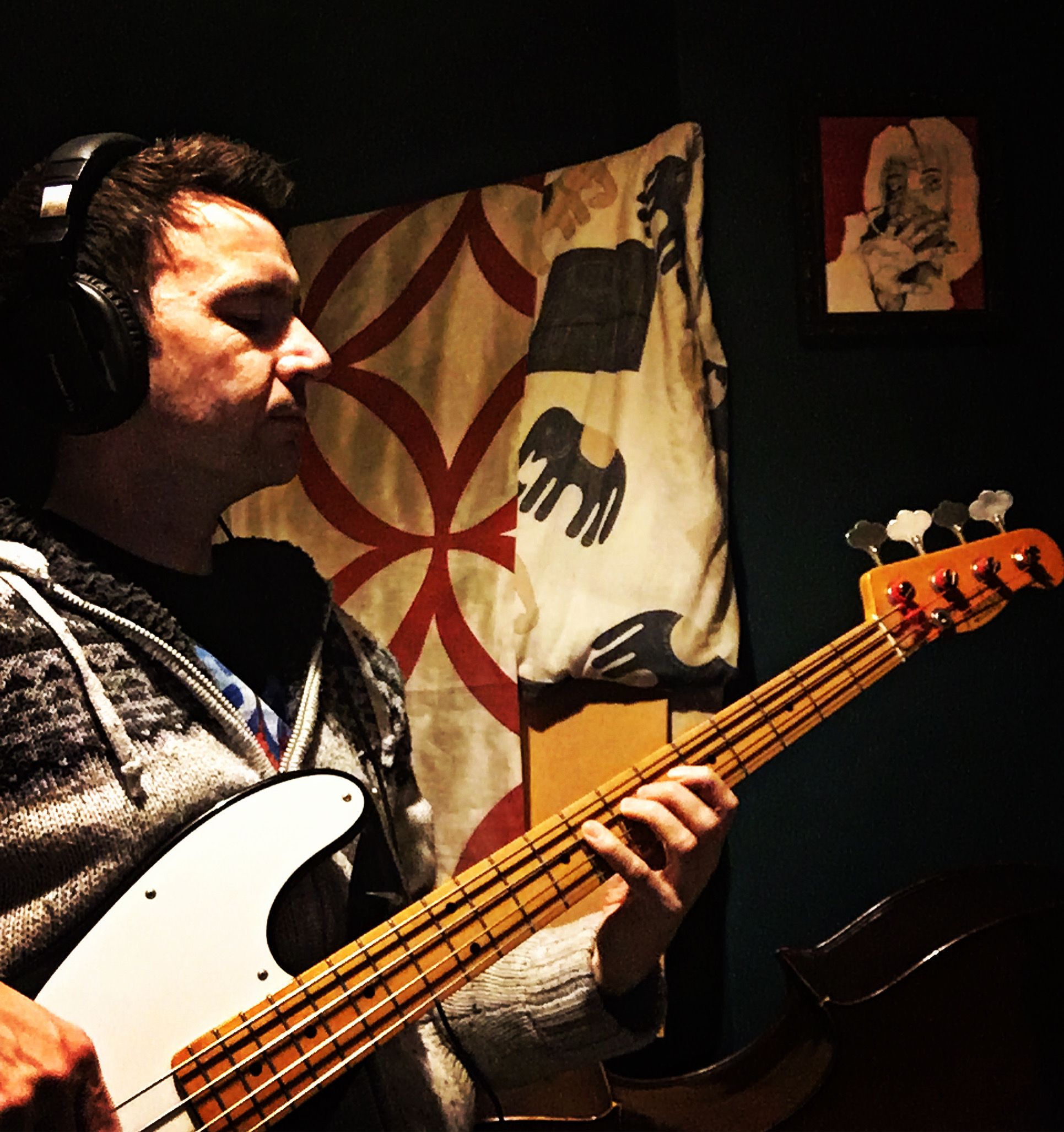 This week, I have progressed with my instrumental practise to the point where all of the II V lines in the first section of the tuition book have been covered on the bass guitar. This regular practice regime has allowed my thumb callous to develop, resulting in me being able to use the technique for longer periods of time. From a purely musical point of view, the lines haven’t proved to be too challenging so far. I have devoted many hours of practice time over the last decade to playing lines in all keys so I found this process to be stimulating yet without frustration.

Yesterday evening, I did my second set of practice recordings for analysis. These were recorded at a friends home studio in Leeds. I chose to do the recordings at this location as they were solo performances meaning that physical space was not an issue. Also, I have recorded at the studio before and found the double bass recording to be very clear and what I believe to be true to the acoustic sound of the instrument. As I am in a stage of exploration, I chose to record 3 choruses of a Monk Montgomery 12-bar blues in Bb rather than a whole transcription. This will give me sufficient information for comparison. The performances were played at 120 BPM. Five performances were recorded. These were -

The bass guitar was plugged directly into the desk for these recordings so that I can analyse the pure sound of the instrument. As the research progresses, an amplifier will be used. I will return to the studio later this week to make steps towards analysing the recordings. In the meantime, I will make note of some of the performance points which have become apparent.

As previously stated, for the recording process, I am using a Bb Blues line taken from Montgomery’s tuition book. The content of the book is written primarily for the bass guitar and although it is all playable on the double bass, there are certain instrumental idiosyncrasies which make the performance challenging. The line includes double stops which are relatively straight forward on the bass guitar and less so on the double bass. These will need to be practiced in greater depth before I begin the recordings which will form the basis of the final analysis.

When playing with my right hand thumb on the bass guitar, I am having difficulty muting the strings which are not being played. This is not an issue with the other right hand techniques. When playing finger style, I use a floating thumb technique which allows my thumb to mute the strings. When playing with a plectrum, part of my palm mutes the strings. With the thumb technique, my hand is either lower than the other strings or arched over them. Therefore, I am moving my hand into unnatural positions to mute, creating a less fluid performance. This can be dealt with in two immediately apparent ways. When the Fender Precision Bass was first developed, it came with a bridge cover that had a mute on the inside. Bridge covers are still available to purchase but they do not have a muting system. However, this should not be too complicated to make. Another possibility is the use of a material over or under the strings (sponge, felt). This was a common technique used by influential bassists such as Carol Kaye.

At the tempo of 120 BPM, certain musical passages which are easily played using a plectrum or finger style are more challenging with the thumb. One of these is the performance of quaver triplets. These are commonly played in jazz walking bass lines and although I could perform them, they did not feel comfortable yet. It is my hope that with more practise with the thumb, my speed will improve. If this does not happen in the coming weeks then I will introduce metronome exercises into my practise regime.